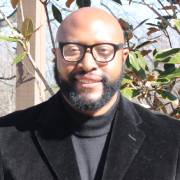 Dr. Rubin Cockrell is an Award-Winning International Speaker, Author, Entrepreneur, and Retired Professor. Dr. Cockrell also serves as CEO of Positive Images & Associates LLC, a global consulting firm that has specialized in educational leadership, empowerment, and management consulting for clients in over forty-plus countries around the world. In his role with the Nashville, TN-based company Dr. Cockrell trains global business leaders, students, government entities, and civic groups to implement tools for achieving excellence and quality productivity within their personal life and their organization across the world. Dr. Rubin Cockrell is also Certified in Life, Executive Leadership, and Disaster Recovery Coaching. Dr. Cockrell went from being on the verge of being locked up for 15 to 20 years’ federal time for illegal activities at the age of 20 to having four degrees, being Dean of a University, and starting a global consulting company by the age of 26. Dr. Cockrell prides himself in the ability to work with people from the “street to the elite” and the “classroom to the boardroom”. Dr. Rubin Cockrell has served on the White House My Brother’s Keeper STEM Initiative Task Force to create and provide opportunities for minority youth to become 21st Century Global Leaders. Dr. Cockrell’s Tools for Intentional Excellence curriculum has been implemented in prison facilities, school districts, and businesses around the globe. In addition, Dr. Rubin Cockrell remains involved with numerous boards within the U.S. and overseas; Dr. Cockrell is actively involved in mentoring youth and adults around the world. In 2016 Dr. Cockrell was considered as one of the top alumni of the National Youth Sports Program in the country. Dr. Rubin Cockrell was recently selected as a member of 2022 Who’s Who amongst Covington’s International Business Leaders and 2022 Who’s Who amongst International Educators. Dr. Cockrell has received numerous awards and medals of Honor from Generals, CEO, and Government leaders around the world. In 2021, Dr. Rubin Cockrell was named one of the Top 100 U.S. Business Leaders in the country by Business Leaders Magazine. Dr. Cockrell was named one of the 2018 100 Most Leading African Americans in Nashville, Tennessee by the Nashville Business Net. Dr. Rubin Cockrell is married to the lovely Dr. LaRhonda Cockrell, who is an international author, school counselor, and speaker herself. They have a daughter named Lydia Michelle Cockrell and a son named Lorenzo Michael Cockrell. He enjoys traveling, and attending sporting events, and throughout his life, Dr. Cockrell has demonstrated a caliber of leadership well beyond his years. 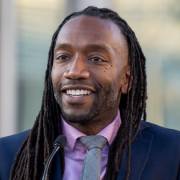 Jahmal C. Williams currently serves as the Director of Advocacy for Racial Justice at San Jose State University. In this position, he is tasked with developing a strategic approach to the institution's external-facing racial justice initiatives, efforts, and key community partnerships. He has been with SJSU since 2014 and previously served as the Program Director of the Black Leadership and Opportunity Center (BLOC). Since January 2020, Jahmal has served as one of the Co-Chairs of the Black Leadership Kitchen Cabinet of Silicon Valley, a community-based coalition based in San Jose, California that provides critical leadership development and training, grassroots organizing, and advocacy on issues of civil rights, racial equity, and economic justice across Black residents in Santa Clara County. Jahmal also chairs the DEI sub-committee as a board member for Momentum for Health, the largest adult mental health non-profit in San Jose. Jahmal is a native of Ypsilanti, Michigan. He holds his Master's Degree in Clinical Social Work from Michigan State University and a Bachelor's Degree in Women's Studies from the University of Michigan. Even though working in higher education has been his calling, Jahmal knows his true passion is working towards true equity for Black lives in this country in all that he does. He hopes to inspire change through his actions, words, and empathy. 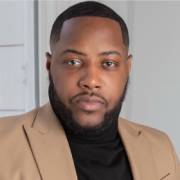 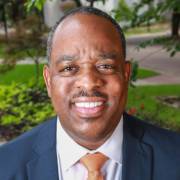 Howard Henderson is the Founding Director of the Center for Justice Research and professor of Justice Administration in the Barbara Jordan - Mickey Leland School of Public Affairs. He is also a Nonresident Senior Fellow in Governance Studies at The Brookings Institution and a fellow at University of Virginia's Institute for Advanced Studies in Culture. Dr. Henderson serves as an advisory board member of the Vera Institute’s Rural Jail Research Policy Network, a member of the National Scientific Advisory Committee at the Institute of Justice Research and Development at Florida State University, and a member of the National Science Foundation's STEM Opportunities in Prison Settings workgroup. Howard is an expert on culturally responsive criminal justice research, program evaluation and predictive bias. An equity-focused criminologist, Howard’s research takes a systems-based approach to understanding policy and program effects. Utilizing a translational research model, Howard’s research has demonstrated the inability of current policy and programming to remain race-neutral, in effect, negatively impacting historically disenfranchised communities. His research has provided approaches to reducing disparities in the criminal justice system and within its risk assessment instruments. Recently, Dr. Henderson served as the chair of the data subcommittee for Houston’s Racial/Ethnic Disparities Committee Data Workgroup supported by the MacArthur Foundation. Howard was also critical to the National Science Foundation-funded project with the Baylor College of Medicine’s Initiative on Neuroscience and Law that designed an iPAD assessment application that determined decision-making characteristics of the criminal justice-involved through a range of cognitive traits. Dr. Henderson has also developed a multi-university research collaborative that provides mentoring opportunities for minority graduate students and junior university-level faculty. Howard previously served as the graduate program director in the School of Public Affairs and editor-in-chief of the Journal of Criminal Justice and Law Review. Howard’s research on predictive bias and program evaluation has been supported by the National Science Foundation, Department of Justice, and most recently the collaborative efforts of the Center for Advancing Opportunity, Thurgood Marshall College Fund, and the Charles Koch Foundation. Dr. Henderson serves as an advisor to local, state and federal legislators and a host of criminal justice agencies along with reform-oriented organizations. Dr. Henderson’s most recent research has appeared in Race & Justice, Journal of Criminal Justice, Criminal Justice & Behavior, Sociology of Race & Ethnicity, and the American Medical Association’s Journal of Ethics. His public scholarship has been published in the Huffington Post, Houston Chronicle, and the Texas Tribune. Awarded the Academy of Criminal Justice Sciences Minority Mentor of the Year in 2019, Howard has appeared on CNN, FOX, NBC, CNBC, ABC, Black News Channel, and the Laura Coates Show. His research has been cited by Politico, Vice, Aljazeera, Yahoo News, and The Crime Report. Dr. Henderson received his B.S. in criminal justice administration from Middle Tennessee State University, masters of criminal justice from Tennessee State University, and PhD in Criminal Justice from Sam Houston State University in 2006. 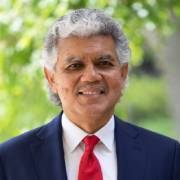 M. Roy Wilson, M.D., M.S., was unanimously elected President of Wayne State University by the Board of Governors on June 5, 2013. He assumed the presidency on August 1, 2013. Prior to joining Wayne State, Dr. Wilson served as deputy director for strategic scientific planning and program coordination at the National Institute on Minority Health and Health Disparities (NIMHD) of the National Institutes of Health (NIH). Previously, Dr. Wilson was dean of the School of Medicine and vice president for health sciences at Creighton University, president of the Texas Tech University Health Sciences Center, chancellor of the University of Colorado Denver/Anschutz Medical Campus and chair of the Board of Directors of University of Colorado Hospital. Immediately prior to joining NIH, Dr. Wilson chaired the Board of Directors of Charles R. Drew University of Medicine and Science and was acting president during part of that time. Dr. Wilson's research has focused on glaucoma and blindness in populations from the Caribbean to West Africa. He holds elected memberships in the National Academy of Medicine (Institute of Medicine), the Glaucoma Research Society, the American Ophthalmological Society, and the Society of Medical Administrators. He has served on the executive committee of the NIH-funded Ocular Hypertension Treatment Study and chaired the Data Monitoring and Oversight Committee of both the NIH-funded Los Angeles Latino Eye Study, and the African-American Eye Disease Study. Dr. Wilson has served on the Advisory Council to the NIH director, as well as the advisory councils of the National Institute on Minority Health and Health Disparities and the National Center for Research Resources. He has served on the governing boards of many national organizations including the Association of Public and Land-Grant Universities (APLU) and the Association of American Medical Colleges (AAMC), where he served as Chair (2017-2018), and currently serves on the governing boards of Research American, Alliance for Health Policy, and the Federal Reserve Bank of Chicago. Dr. Wilson received his undergraduate degree from Allegheny College, an M.S. in epidemiology from the University of California, Los Angeles, and an M.D. from Harvard Medical School. He was selected for the list of Best Doctors in America for a consecutive 14 years by Best Doctors Inc. and was a finalist for the Los Angeles Business Journal's Healthcare CEO of the Year in 2011. His additional honors include the American Academy of Ophthalmology's Senior Achievement Award, the Distinguished Physician Award from the Minority Health Institute, the Herbert W. Nickens Award from the Association of American Medical Colleges, the NIH Director’s Award, the President’s Award from the American Glaucoma Society, the Lifetime Research Award from the W. Montague Cobb Institute, the National Medical Foundation Excellence in Education Award, the Justice Award from the Arab-American Civil Rights League and the Detroit branch of the NAACP, and the Excellence in Educational Leadership Award from the Detroit Regional Chamber and Detroit News Michiganian of the Year (2022). He was the Guest of Honor at the American Academy of Ophthalmology 2020 awards program. 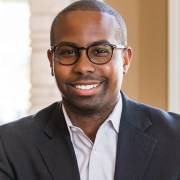 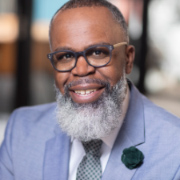 Donnell started his career with Aerotek in 2002 in Detroit, MI. as an On-Premise Manager where he managed a very diverse workforce as large as 1100 contract employees. His expertise in this capacity was recognized and he joined the implementation team in May 2004 as an Implementation Specialist. In 2008 Donnell was promoted to National Implementation Project Manager and his responsibilities include launching on-premise office operations, initial contractor employee fulfillment, designing and installation of time and attendance systems, development of customized recruiting and retention strategies, facilitation of contractor employee transition programs and establishment of best practices. He has launched over 45 large national accounts in Aerotek’s portfolio in U.S. and Canada. In 2013 Donnell was promoted to Vendor On-Premise Operations Manager for the Midwest and Canada regions. In 2019 Donnell became the Vendor On-Premise Business Development Manager for the Central region. He was promoted to Head of DE& I for Aston Carter in November 2020. He is responsible for ensuring their DE&I strategy is executed and most importantly, impactful. To do this, he partners closely with executive leadership, HR and employee experience, DE&I council, and Leadership & Legacy Summit attendees, as well as various other groups and individuals in and outside the company. Donnell’s experience, knowledge, relationships and passion are valuable as he works to help build a special company where EVERYONE is accepted, valued, equal and therefore inspired and empowered to be a positive change agent throughout our communities. 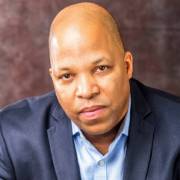